Today's occasional Linux sysadmin task for a Java developer (me) is to loop all lines in a text file and run a task based on each. Can't be that hard, can it? 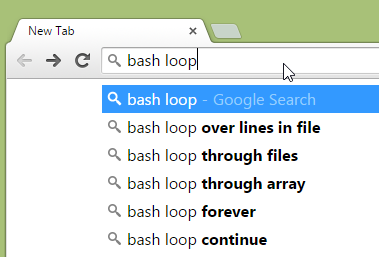 Off we go the usual route:

1) Google the task. Aha, looks like a common requirement.

2) Find the usual stackoverflow, askubuntu, superuser and some other forums and blog posts.

And the offered snippets looks simple and clear:

while read line; do
echo "line is: $line"
done </my/file.txt


And it works! Mostly. Occasionally the last line is missing. This happens when there is no trailing blank line in the file. A detailed explanation to that problem is here: http://stackoverflow.com/questions/12916352/shell-script-read-missing-last-line

So finally here's a snipped that works for all files:


This most recent experience is very much like so many others I've had with Linux system administration tasks. Faced with a seemingly simple problem, I find many solutions, but there are hidden pitfalls. An implemented solution must be stable, and not depend on assumptions and best practices and current conditions. That's what we practice in programming. Why not in system administration?

In this case one can argue that a text file must end with a newline character. Some pro arguments:
But there's also contra:
Ask yourself the question: if you'd write the specification where a file ends, would you choose "the last newline character" or "where the last bit ends"?

Stackoverflow helps but pay attention to the comments


Another case I recently run into was with a Linux cleanup process. The task definition was simple again: "delete all but the most recent 5 files from a folder matching a file name pattern". An accepted solution is here http://stackoverflow.com/questions/25785/delete-all-but-the-most-recent-x-files-in-bash with plenty of upvotes. The problems, which are not mentioned in the answer:
In time I've learned to pay attention to the user's comments. And one saying "This one fails if there are no files to delete." made me suspicious. Again, it doesn't fail, the command goes through like a knife cuts through soft butter... no complaint, just removes them all.

Imagine this scenario (mine): It's the backup folder, and the last 5 backups should be kept. For some reason the backup process fails, and no new files are created. The separate cleanup script still runs nightly and removes all but the last 5 files. With this little glitch in the script you'll end up having no backup at all.


Linux sysadmin is not in my job description. I see the situation from a bit of distance. What I realize is that programming has come a long way in the last 20 years. Open source libraries are used instead of quickly hacked untested functions. Everything is version controlled. Nothing gets deployed without thorough testing. Pair programming. Code reviews.

System administration? Still the same. Copy pasting some commands found on the internet. On production machines. Works? No? Try another one. Works? Fine. Document changes? Nah.

Any sysadmin of +5 years who hasn't locked himself out of an ssh server by misconfiguring sshd or iptables in da house please stand up.


It's easier these days to find answers and solutions on the internet thanks to the Q&A format of Stack Exchange. But more than in  programming, in sysadmin the comments and secondary answers are important to read.

At the company we stick to some simple rules


Back to the initial task for looping a file to the end: when reading mission critical changeable files by Java we use an end of file marker "eof". If the file ends with that line then we can be sure the file was read completely. If not, then it could be broken, and the program throws an exception.