French OVH vs German Hetzner: the Stereotypes Are Alive

This is an open letter describing my experiences and offering some suggestions to the French hosting company OVH.

I have had 2 cheap VPS at OVH for a year now. (And services from Hetzner for longer.)

Every once in a while, one of the virtual private servers at OVH is unreachable. Today was such a case; no information from OVH announcing the downtime, no alert while offline. My own monitoring shows one VPS unreachable for 1.5 hours in the afternoon. 1.5 hours. I wonder what it is that takes so long to be fixed.

So let's check the OVH status: 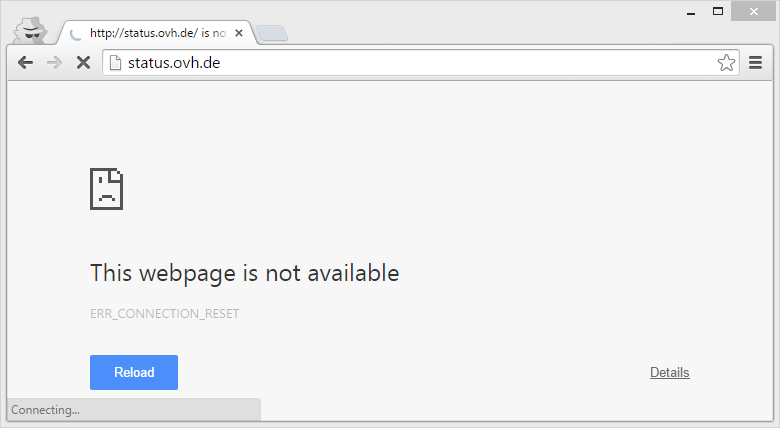 I prefer how the competing German ISP Hetzner has a completely separate domain name for the status page at http://www.hetzner-status.de/ because you know maybe something is wrong with the primary domain or DNS record or whatever and then hell breaks loose.

Quite a while later I was able to get that page, here's how it looks: 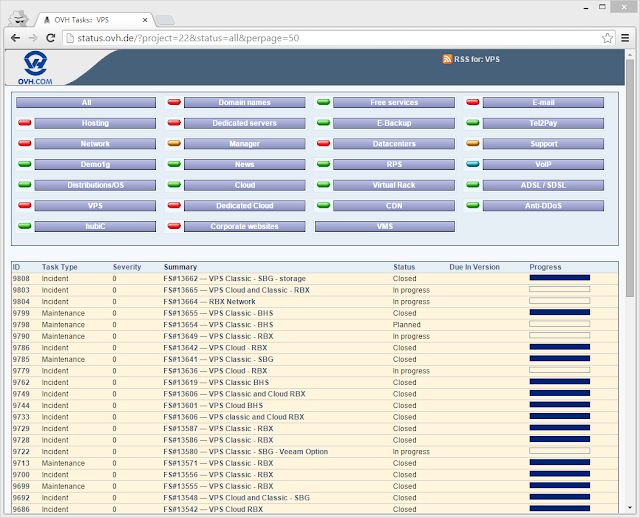 The colors look scary, issues everywhere. But that's probably explainable by the large size of the ISP.

Although it's not visually visible, I have clicked and therefore filtered by the VPS category on the screen.

Unfortunately, with the information given in the table, I am not able to identify by which of the many cases my VPS could be affected. So let's log in to the admin panel of my hosting account.

There is no alert message here either. After a while I'm able to find charts that prove the downtime, and they indicate a restart: 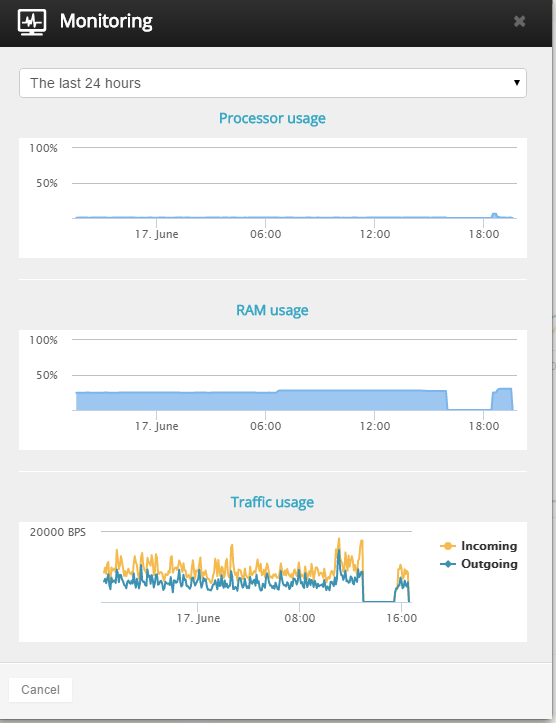 The CPU was off and then a bump (boot). Ram was off too, and traffic was zero.


Regarding email, OVH used to send alerts. There was a period with annoying alerts for high CPU load caused by Rsyslog on Ubuntu. OVH fixed it and they are gone. Other than that, I have not received alerts.

Out of curiosity, let's check the uptime of my second OVH virtual server.

Quelle surprise! Considering that I have not touched this server in months...

I have no affiliation with any of the 2 providers, other than being a customer with both.

At OVH, everything feels a bit "French". The admin panels; confusing, one redirecting to the next and back. Parts are translated, parts appear in Français. The website. The payment process. I would not host anything uptime critical there.

Hetzner is not perfect. In a subjective classification I'd give them a "good to very good" - for my needs. Great value for the price. And I don't see anyone else on the horizon with a better service offering at competitive costs.

If you need a place for a game server, or other leet services, please choose OVH with their DDoS protection. I'd rather have you not too close to my important machines ;-)

If anyone else asks, then I personally recommend Hetzner.